Brazil Is a Big Country, Does It Need a Big Navy? 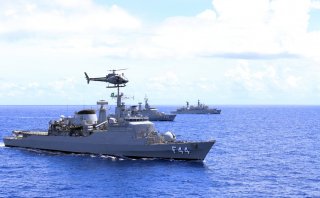 Here's What You Need to Know: Brazil’s navy craves ships normally meant for conventional naval warfare—but it craves them for eccentric reasons. In one sense the Marinha resembles the U.S. Navy after World War I, which is when imperial Germany had been vanquished but no competitor had yet taken its place as the focal point of U.S. naval strategy.