Into the Breach: Here’s How the United States Entered the Korean War 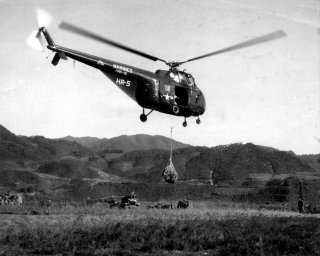 Here’s What You Need to Remember: All the units had been badly shaken psychologically, as just three weeks before the battle began, these men were all in Japan living the luxurious and easy life of occupation troops. That life had been permanently shattered for them all. The 21st RCT in particular had been crushed in early fights, suffering 1,400 casualties of its initial strength of 2,500. More would die soon—and the fate of the war hung on the outcome of the Battle of Taejon.

War is always chaotic, bloody, and tragic. Rarely is there an easy or clean battlefield victory. The American 24th Infantry Division’s (24th ID) experience at the Battle of Taejon in July 1950, however, is an example of how a bloody tactical loss can result in a desperately needed strategic victory. That ultimately successful outcome, however, was not apparent as the last Americans withdrew from Taejon under North Korean pressure and it came at great personal cost to the men fighting it.