A Brief History of Soviet Russia's Two Most Important Jets 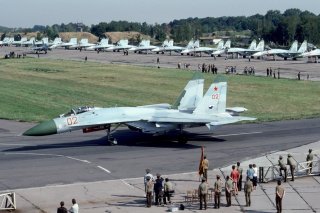 Here's What You Need to Remember: In many ways, the R-27ER can be seen as the “last gasp” of the SARH. It was designed to be one of the most advanced missiles of its type with long range and mid-course correction capability, but by the time it entered service, its type of missile was nearing obsolescence.

Charlie Gao studied political and computer science at Grinnell College and is a frequent commentator on defense and national-security issues. This first appeared in August 2018. It is being republished due to reader interest.