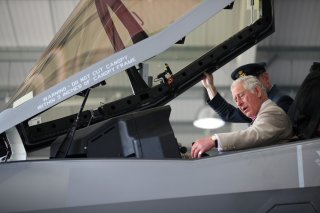 Here's What You Need To Remember: The UK, France and Germany have all now proclaimed their intent to develop sixth-generation stealth jets and backed that up with initial investments. However, it will likely be a while before we can tell whether the respective governments can sustain the long-term financial outlays, international cooperation, and technically challenging development processes to produce Europe’s first stealth jet.

In truth, both stealth-fighter program could easily prove prohibitively expensive without buy-in from multiple countries. Two billion pounds is a lot of money, but is far less than one-tenth of what a successful Tempest program would cost. The preferred scenario might be for a “European” stealth fighter combining the two stealth-fighter programs. A glance at the FCAS’s projected capabilities shows they are broadly similar to those of the Tempest.

Sébastien Roblin holds a master’s degree in conflict resolution from Georgetown University and served as a university instructor for the Peace Corps in China. He has also worked in education, editing and refugee resettlement in France and the United States. He currently writes on security and military history for War Is Boring. This article first appeared two years ago.