Build Back Better: Is This What America Needs to Sustain Its Global Power? 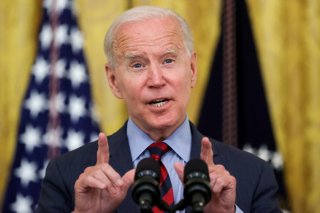 Here's What You Need to Remember: “This major middle-class tax relief and step in reducing child poverty is a remarkable economic victory for America—and also a moral one,” she continued.

“We’ve grown used to America as the world’s preeminent economic power. We aren’t destined to stay that way, but with these investments, I believe we will,” Yellen said in excerpts of remarks to be delivered at the city of Atlanta’s Economic Development Authority.

“We have a chance now to repair the broken foundations of our economy, and on top of it, to build something fairer and stronger than what came before,” she continued.

Yellen added that Congress needs to push ahead with other investments in Biden’s American Families Plan, which includes billions of dollars to education, child care, affordable housing, and health care.

“There is a good-faith discussion about how much spending is too much. But if we are going to make these investments, now is fiscally the most strategic time to make them,” she noted.

“Over the longer-term, there’s a plan to pay for these investments through a long-overdue reformation of the tax code, particularly the corporate tax code, which will make it fairer without touching the vast majority of Americans, those who make less than $400,000 a year,” she added.

Approving the American Families Plan would also enable the new and expanded Child Tax Credits (CTC) to continue through the year 2025.

“Across the nation, organizations that advocate for children (are) using social media to explain how the Child Tax Credit will cut child poverty and why we must extend it through the American Families Plan,” Biden said in a statement.

As outlined in Biden’s $1.9 trillion American Rescue Plan, approximately thirty-five million families and their children can now collect as much as $3,600 per year for a child under the age of six and up to $3,000 for children between ages six and seventeen. This all means that a $250 or a $300 payment for each child will be deposited into the bank accounts of eligible parents on a monthly basis through the end of the year.

This is one tax credit expansion that Yellen would like to see become permanent.