Can India's Navy Counter China in the Indian Ocean? 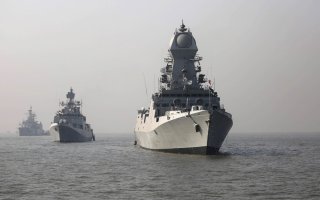 Here's What You Need to Know: India could probably gain a lot through deepened cooperation even while stopping short of needlessly provoking China.