Can Russia's K-17 Take On the Optionally Manned Fighting Vehicle? 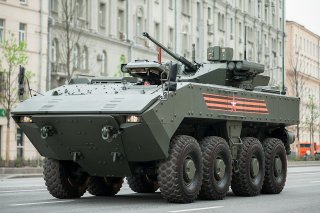 Here's What You Need to Remember: While much of the technological specifics of the Army’s new OMFV are yet to be determined as the Army is now evaluating industry proposals and preparing for the next phase in an ongoing competition among vehicle-builders to make prototypes and offer new technologies to the Army.