Can You Live Off Social Security? Yes, But It Won’t Be Comfortable 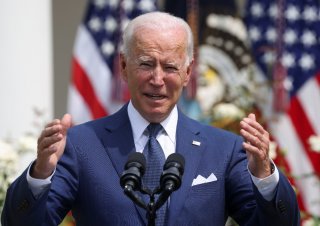 Here's What You Need to Remember: “If you’re an average earner, Social Security will replace about 40 percent of your income once you retire. Most seniors, however, are told to plan on needing 70 percent to 80 percent of their former earnings to maintain a decent standard of living,” the Motley Fool recently wrote.

For millions of Americans, after decades of paying hard-earned money into the Social Security program, there will come a day when they’ll finally get to reap the financial benefits.

But when that time arrives, many still wonder how much they can expect to receive—and more importantly, they ask whether they will be able to live off those payments.

Do take note that to even qualify for Social Security benefits, one must have worked for at least ten years or have garnered forty work credits. For those individuals who decide to collect Social Security at sixty-two, the earliest age to do so, the maximum amount will be $2,324.

However, if one is able to wait until the full retirement age—which is currently sixty-six and two months (full retirement age will gradually rise to sixty-seven over the next several years)—the maximum benefit amount is $3,113. As for the absolute maximum benefits, it currently stands at $3,895—but know that one must wait until age seventy to file.

What Americans can take away from these figures is that it indeed pays to wait. According to AARP, an interest group focusing on issues affecting those over the age of fifty, “your monthly payment will be 76 percent higher if you wait to start benefits at seventy rather than sixty-two.”

To gain even more insight on how much Social Security benefits they’ll be on the receiving end of, make sure to check out the Social Security Administration’s (SSA) Retirement Estimator.

This handy tool “gives you a benefit amount based on your actual Social Security earnings record,” the SSA says. But be warned that “these are just estimates.”

The agency continues: “We can’t give you your actual benefit amount until you apply for benefits. The estimated and actual amounts may differ due to: Future increases or decreases in your earnings; Social Security annual cost-of-living adjustments; Changes to U.S. laws and policies; Your military service, railroad employment, or pensions earned through work for which you did not pay Social Security tax.”

Enough to Live On?

Unfortunately, many Americans are mired in financial troubles throughout their golden years.

“If you’re an average earner, Social Security will replace about 40 percent of your income once you retire. Most seniors, however, are told to plan on needing 70 percent to 80 percent of their former earnings to maintain a decent standard of living,” the Motley Fool recently wrote.

“If we follow that line of thinking, then clearly Social Security falls short. And given that, you may want to take these steps to boost your senior income as a whole,” it added.