The Child Tax Credit Can Help Families...If They Can Figure Out How to Use It 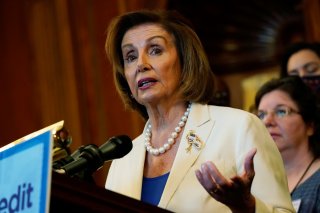 Here's What You Need to Remember: Some Americans remain confused about exactly how the credit works, and how they can receive the payments.

The expanded Child Tax Credit, which passed as part of the American Rescue Plan Act back in March, has mandated direct payments to American families, sent on a monthly basis between July and December, with the rest due next year.

The first payments from the expanded Tax Credit hit families’ bank accounts on July 15, with the second payment arriving August 13 and the next one due in September. More than ninety-five percent of families with children are eligible. But even after the arrival of the payments, a new report says, some Americans remain confused about exactly how the credit works, and how they can receive the payments.

According to a survey from Magnify Money, as cited by CNBC, there is some confusion as to how eligibility works.

“There’s eligibility confusion among low earners, though, as more than a quarter (twenty-six percent) of parents with kids younger than eighteen who earn less than $35,000 have no idea if they’re eligible for monthly payments,” the Magnify Money report said. "The lower the parent’s income, the more likely they are to be confused about eligibility.”

In addition, per the report, half of those surveyed believe that they will have to pay the money back when they file their taxes next year.

“Are they correct? It depends on whether their financial situation improves. For example, parents who receive more than they can claim on their taxes may need to repay the IRS,’ the survey said.

In addition, the Magnify Money survey looked at how recipients have spent the money they have received from the expanded tax credit. The top items have been Groceries (forty-five percent) and school supplies (forty-four percent), followed by saving (thirty-eight percent), households bills, and child care costs/school tuition (forty-six percent.)

Those priorities, however, change by income level.

The tax credit, however, is very popular, the survey made clear.

Of those surveyed, eighty-two percent of those with kids under eighteen said they favor extending the expanded tax credit past 2021. This includes more than ninety percent of Democrats surveyed and seventy-six percent of Republicans.

Meanwhile, those surveyed say their life has been improved by the expanded tax credit.