Child Tax Credit Stimulus Check : Will You Get Money in July? 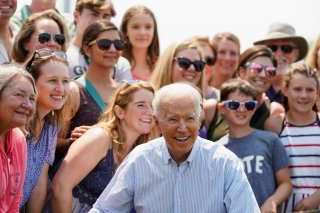 Key Point: Starting on July 15, an estimated 36 million American families are getting a bonus.

The American Rescue Plan Act, signed into law by President Joe Biden in March, contains a number of provisions related to the Covid-19 pandemic, including the third round of $1,400 stimulus payments. One of its other provisions was an expansion of the Child Tax Credit, from its pre-pandemic level of $2,000 per child per year to $3,000 (if the child is over the age of six) to $3,600 (if the child is over that age).

The bill also provided for the IRS to mail the Child Tax Credit out in installments, beginning on July 15. Simply put, one-half of the payment will be sent out in six installments, beginning in July and continuing on or near the fifteenth of every month until December. This means that older children will earn $250 per month, and younger children will receive $300 per month, for six months. The other half of the payment can be claimed as a tax rebate next April.

In this sense, the first half of the Child Tax Credit resembles a stimulus check—or, more accurately, a series of miniature stimulus checks from the IRS. However, there are several crucial differences. The most important is that, while a stimulus check is exempt from taxation, the Child Tax Credit is included in a family’s net income for the year, meaning that it is subject to taxation. To avoid this surprise at the end of the year, in April 2022, you can opt-out of the mailed checks via a portal on the IRS’ website, and opt instead to receive the payment as one lump sum—minus whatever deductions apply—when it comes time to file taxes.

The Child Tax Credit is only one of a number of federal assistance programs that the Trump and Biden administrations have launched to combat the economic crisis accompanying the pandemic. In addition to the stimulus checks, the government has placed a moratorium on evictions and made a $10 billion fund available to struggling homeowners.