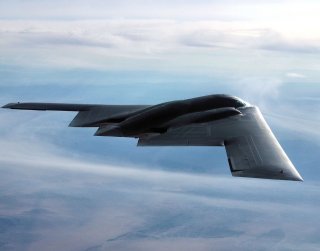 Here's What You Need To Remember: It may not even be clear that China’s new H-20 bomber could even fully rival the U.S, B-2. While the B-2 may be thought of as a somewhat antiquated 1980s built platform, years of Air Force upgrades have vastly changed the performance parameters of the airplane.

Kris Osborn is the new defense editor for the National Interest. Osborn previously served at the Pentagon as a Highly Qualified Expert with the Office of the Assistant Secretary of the Army—Acquisition, Logistics & Technology. Osborn has also worked as an anchor and on-air military specialist at national TV networks. He has appeared as a guest military expert on Fox News, MSNBC, The Military Channel, and The History Channel. He also has a Masters Degree in Comparative Literature from Columbia University. This article first appeared last year.