China and Lithuania: An Unlikely Feud with Bigger Implications 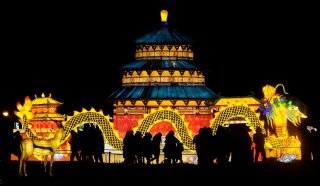 Here's What You Need to Remember: Not only has Lithuania not budged in the face of relentless CCP sanctions and démarches, but the Baltic country has seemingly managed to impose some small costs on Beijing in return.  The China-Lithuania feud highlights the extent—and surprising limits—of Beijing’s ability to wield economic power as a tool of foreign compulsion.