China Is Expanding Into the Indian Ocean. What Can the Indian Navy Do About It? 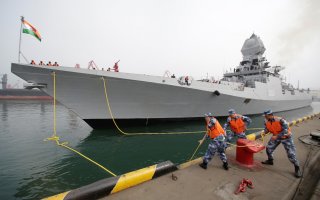 Here's What You Need to Know: Tensions are on the rise between two emerging superpowers.