China Plans to Have Six Aircraft Carriers by 2035 (Is That Pure Fantasy?) 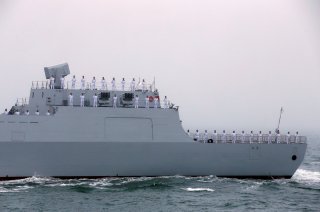 Here's What You Need to Remember: China’s rush to rival the United States as an aircraft carrier superpower reflects Beijing’s conviction that China can neither defend its eleven-thousand-mile-long coastline nor project seapower throughout the East Asia region without fielding a modernized carrier fleet.