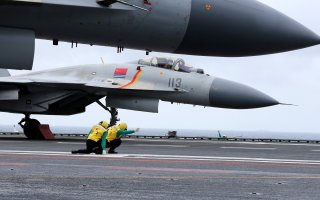 Here's What You Need to Remember: There is little point in massively expanding a fleet of aircraft carriers without the requisite number of pilots needed to operate them. China needs those pilots.