China's Military is Inexperienced. Could That Cost It in a War? 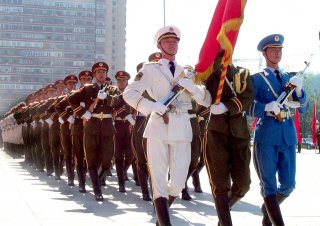 Here's What You Need to Remember: Today the U.S. military possesses arguably more combat experience than any other armed forces, owing to the long-term American-led operations in Iraq, Afghanistan and elsewhere. But it's debatable whether this experience in low-intensity warfare would matter in what would probably be a high-tech war with China.