China's New Stealth Bomber Might Not Even Be A Bomber Afterall 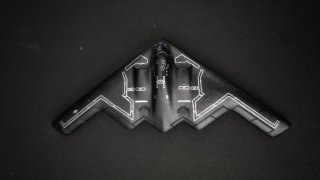 Here's What You Need to Remember:  As formidable as it appears in filling what is a niche, but vital role that blurs the line between strategic and tactical roles, there is currently no assurance that the JH-XX-- or something like it--  is coming anytime soon.

The Chinese People’s Liberation Army Air Force (PLAAF) is developing not one, but two stealth bombers, according to a Defense Intelligence Agency report published earlier in 2019. A steady stream of details has emerged concerning one of them-- the H-20 is a long-distance flying wing stealth bomber, with a robust electronic countermeasures (ECM) package and sensor fusion integration. Nevertheless, Chinese defense sources remain tight-lipped concerning the PLAAF’s second project.

This first appeared earlier in 2019 and is being republished due to reader interest.