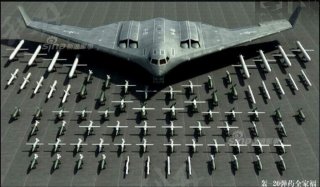 Key Point: Beijing wants the most advanced weapons. But does the new JH-XX really come up to par?

The Chinese People’s Liberation Army Air Force (PLAAF) is developing not one, but two stealth bombers, according to a Defense Intelligence Agency report published last year. A steady stream of details has emerged concerning one of them-- the H-20 is a long-distance flying wing stealth bomber, with a robust electronic countermeasures (ECM) package and sensor fusion integration. Nevertheless, Chinese defense sources remain tight-lipped concerning the PLAAF’s second project.