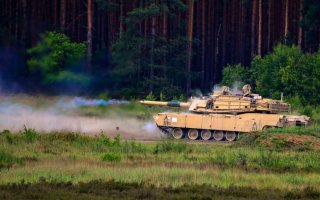 Here's What You Need To Remember: The Abrams V4, to fully emerge by the mid-2020s, will include new sensors, color cameras, laser rangefinder technology, ammunition data links and meteorological sensors help weapons sights and fire control account for weather conditions when it comes to firing rounds at enemy targets.

This piece first appeared earlier and is being reposted due to reader interest.