Congress Is In Denial: The War On Drugs Is Driving Opioid Addiction 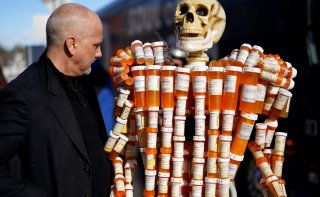 The American Psychological Association Dictionary of Psychology defines “denial” as “a defense mechanism in which unpleasant thoughts, feelings, wishes, or events are ignored or excluded from conscious awareness. It may take such forms as refusal to acknowledge the reality of a terminal illness, a financial problem, an addiction, or a partner’s infidelity…”

Many policymakers, including many in Congress, remain in a state of denial about the true cause of the overdose crisis: drug prohibition.

Despite these glaring numbers, Senator Elizabeth Warren (D-MA) and Representative Katherine Clark (D-MA) joined with other House and Senate colleagues in sending a letter to the Drug Enforcement Administration urging the agency to finalize new regulations that would allow pharmacists to partially fill opioid prescriptions if they judge that patients don’t require the entire amount of opioids prescribed.

As Josh Bloom of the American Council on Science and Health points out:

On the surface, it would seem that the new regulation would be harmless, possibly even helpful. For example, it would enable someone with a prescription for 20 Vicodin tablets to tell the pharmacist “Gee, I don’t really need 20, just give me 15.” (As if that’s ever going to happen in this universe.) What is far more likely is for the pharmacist to say “you only need 15, not 20″ which isn’t the least bit difficult to believe since pharmacists have been haphazardly imposing their own limitations prescriptions for years :

“As a patient advocate and healthcare writer who is very active in social media, I see reports from thousands of patients who have been denied a refill of valid prescriptions for opioid pain medications. This is particularly true for prescriptions at high doses. And it is a trend reinforced by insurance providers and pharmacy chains as policy without scientific support. It’s pretty obvious that Elizabeth Warren and her colleagues literally don’t know what they are talking about.”—Richard “Red” Lawhern, Ph.D., Co‐​founder of the Alliance for the Treatment of Intractable Pain, and a member of the ACSH Scientific Advisory Board

The supposed rationale is to reduce the number of unused prescription opioids that can get stolen or otherwise diverted into the black market for non‐​medical use.

But the DEA and other policymakers have effectuated a dramatic reduction in opioid prescribing only to see the overdose rate climb, as non‐​medical users have switched over to cheaper and more readily available heroin and fentanyl provided by the efficient black market. Furthermore, there is no correlation between prescription volume and non‐​medical use or addiction among persons age twelve and up.

As millions of patients get abruptly tapered off of their chronic pain medications, and millions of others go under‐​treated for acute pain, policymakers remain in a state of denial and continue to press a quixotic war on prescription opioids in which patients in pain are civilian casualties.