Could China Blockade Taiwan Into Submission? 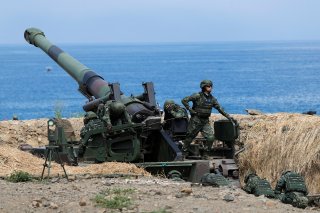 Here's What You Need to Know: Over the years, many strategists have speculated that China might try to take over Taiwan. So, it seems significant that the Defense Department’s annual report on China, titled Military and Security Developments involving the People’s Republic of China (PRC), raises concern about that possibility.

China could attempt an air and maritime blockade around Taiwan as part of a broad strategy to pressure the country into surrender, according to a Defense Department report that was published in 2021.