Could China's H-20 Stealth Bomber Push the U.S. Military Out of the Pacific? 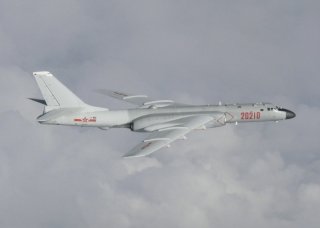 Here’s What You Need to Remember: While there is much still to be known about China's H-20, there are many reasons why U.S. weapons developers are likely to take it very seriously.

The piece first appeared last year and is being republished due to reader interest.