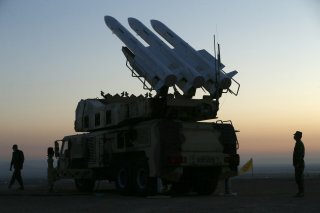 Key Point: Iran would likely want to pull an American carrier battle group as close to the Iran coastline as possible. This would allow the country to disperse its fleet of ballistic missiles across a wider area and farther inland, giving them a better chance of escaping detection before launch.

Iran, as The National Interest pointed out in 2019, has a large and varied ballistic missile arsenal. It is difficult to pin down with certainty Iran’s capabilities, as information inside the country is tightly controlled and the government often exaggerates or is evasive regarding its military capabilities. For the purposes of this article, we’ll assume that Iran possesses the missiles as described by The National Interest, such as missiles with infra-red seekers for terminal guidance (Fateh Mobin) and an anti-ship ballistic missile with a 434-mile range. Iran would need such a capability to even consider hitting ships at sea.