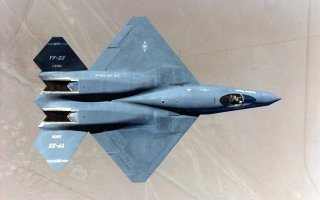 Here's What You Need to Know: Only two prototypes of the YF-23 were ever built.

(This article first appeared in September 2018.)