Could This Japanese Jet Have Won World War II in the Pacific? 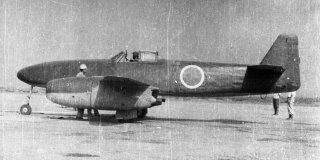 Key Point: With an even worse fuel and raw-materials situation than Germany, Japan probably would have fared no better.