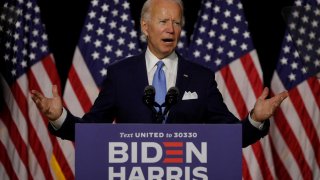 Presidential candidate Joe Biden is planning large tax increases if elected in November. One proposal would raise the top federal long‐​term capital gains rate from 24 percent to 43 percent. In the Wall Street Journal, Mark Bloomfield and Oscar Pollock discuss why that policy change would be damaging.

One of their points deserves elaboration. There is a strong behavioral response to changes in capital gains taxes, such that increases in the rate substantial shrink the tax base. A large federal rate increase will shrink the base dramatically, which would undermine both federal and state tax revenues. Bloomfield and Pollock say, “States like New York and California (and some municipalities, notably New York City) rely heavily on realizations of capital gains, which would drop significantly,” under Biden’s plan.

The interaction of tax bases in the three levels of government is an underappreciated factor in public policy. Federal, state, and local governments compete as they tax capital gains, individual income, and corporate income. Higher tax rates at one government level shrink the tax bases and revenues at the other levels. Biden’s proposals to raise capital gains taxes, individual income taxes, and corporate income taxes would shrink state and local tax bases and revenues.

Here is a related concern. A general rule in economics is that the harm of a tax rises by the square of the rate, such that a 40 percent tax rate causes four times the economic damage as a 20 percent rate. Federal and state tax rates pile on top of each other, and it is the combined marginal rate that affects taxpayer behavior. Biden wouldn’t be raising the capital gains rate by 20 percentage points starting from zero. Rather, he would be pushing up the top federal rate to 43 percent and the combined federal‐​state rate to more than 50 percent in California and other high‐​tax states.

How many high‐​tech entrepreneurs and angel investors will put their time, effort, and money into long‐​term, illiquid, and highly risky startup investments if, in the 1‐​in‐​10 chance they hit it big, governments take more than half the return?

I am surprised that Silicon Valley isn’t up in arms with Biden’s capital gains tax proposal. If enacted, American technology industries would suffer major damage.

There is a caveat. Under section 1202 of the federal tax code, entrepreneurs and angel investors may exempt from tax investment gains from some types of startups that are held for more than five years. It is not clear whether Biden’s proposal would eliminate that benefit or not. Perhaps Silicon Valley leaders think they can retain this break even as the overall capital gains tax rate rises, but that is a risky political assumption to make.

This article by Chris Edwards first appeared in CATO on August 11, 2020.