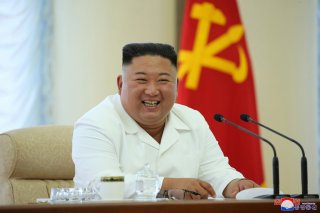 Here's What You Need To Remember: The future is uncertain, and nowhere is that truer than regarding North Korea. The United States and South Korea should explore creative alternatives to a hostile North Korea with a growing nuclear arsenal. Chinese domination of the peninsula’s north is one such alternative, a second best far superior to the status quo.

At the very least, Washington and Seoul should talk with China about North Korean contingencies. Beijing has refused to publicly do so in the past lest it cause trouble with Pyongyang, which could not be happy with other nations discussing a successor state. However, the interested parties need to ensure that however a crisis evolved, there would be no clash among their respective militaries in a mad rush to grab territory, weapons and population in the North.