Could This Tank Be The World's Best Fire Fighter? 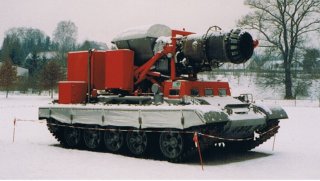 Here's What You Need To Remember: Further research indicates that the firefighting tank enjoyed only a short lifespan in the early 1990s and is likely no longer in use. One of them at least is now a museum piece, at the German Fire Museum at Fulda in Hesse, Germany. More’s the pity, a fire-fighting tank would be a wonder to see.