Could Turkey's Purchase of Russian Stealth Fighters Spell the End of NATO? 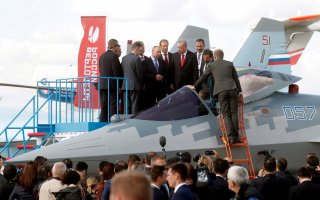 Key Point: Ankara’s revived interest in Russian military hardware comes during a time of acute strain in Turkey-NATO relations, an opening that the Kremlin has effectively been working to exploit.

Mark Episkopos is a frequent contributor to The National Interest and serves as research assistant at the Center for the National Interest. Mark is also a PhD student in History at American University. This article first appeared in 2019 and is reprinted due to reader interest.