Did the Avengers Call It?: The U.S. Military Could Go to War Clad In 'Iron-Man' Suits 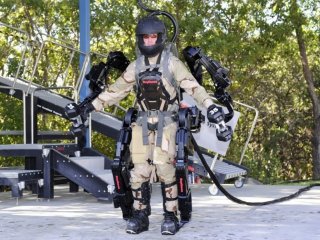 Here's What You Need to Remember: Despite the promise of modern technological progress and the pace at which new systems can now emerge, the “Iron Man” vision has not yet materialized in what could be called a substantial way. Why? Exportable power.