Did Iran's F-14 Tomcats Once Have Mach 10 UFOs in Their Sights? 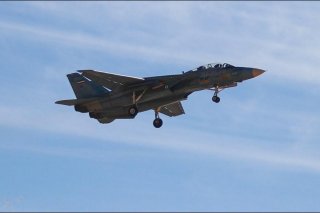 Here's What You Need to Remember: The Americans retired their F-14s in 2006, but around 40 of Iran’s Tomcats remain active. Their main role is defending Iran’s nuclear sites. It’s a mission that has brought the interceptors in close contact with some very mysterious aircraft, according to a bizarre and fascinating 2013 story in Combat Aircraft magazine by reporter Babak Taghvaee.

David Axe served as Defense Editor of the National Interest. He is the author of the graphic novels War Fix,War Is Boring and Machete Squad.