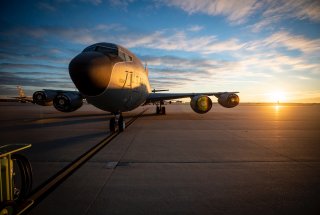 Here's What You Need to Remember: A press statement released on Monday announced the review’s conclusion, the Defense Department said that the “review directs additional cooperation with allies and partners to advance initiatives that contribute to regional stability and deter potential Chinese military aggression and threats from North Korea.”

The Department of Defense has announced the completion of its Global Posture Review. The full review will not be made available to the public, said Deputy Under Secretary of Defense for Policy Mara Karlin, citing security concerns relating to classified materials.

The study did not call for any major shifts in U.S. military strategy. Instead, it reaffirmed prior defense commitments and policy decisions made by the Biden administration. “[The Indo-Pacific] is the priority theater. China is the pacing challenge for the department,” the senior defense official reportedly said during a Monday briefing. “I think you’ll see a strong commitment in the forthcoming NDS [National Defense Strategy] as well that will guide further posture enhancements.”

A press statement released on Monday announced the review’s conclusion, the Defense Department said that the “review directs additional cooperation with allies and partners to advance initiatives that contribute to regional stability and deter potential Chinese military aggression and threats from North Korea.” Karlin noted that the Biden administration continues to “remain concerned” about North Korea’s “problematic and irresponsible behavior,” adding that this issue will be a “robust topic of dialogue” during Defense Secretary Lloyd Austin’s upcoming visit to Seoul. The Pentagon statement called for rotational aircraft deployments in Australia, as well as “enhancing infrastructure in Australia and the Pacific Islands.”

The review reportedly stresses the need to continue the U.S. military presence in Germany, with the Biden administration poised to rescind former President Donald Trump’s cap of twenty-five thousand active-duty force cap in that country. Austin said in April that the Pentagon seeks to station an Army Multi-Domain Task Force and a Theater Fires Command, totaling five hundred personnel, in Germany.

The review did not cover the U.S. withdrawal from Afghanistan, which Karlin said is the subject of a separate interagency inquiry.

The review has come under fire from critics who maintain that the Pentagon has failed to make the tough strategic choices necessary to put the military on the path to a sustainable global footing. The Quincy Institute’s Kelley Beaucar Vlahos characterized the review as little more than an affirmation of the status quo, with the Pentagon seemingly doubling down on maintaining the U.S. military footprint in Europe, Africa, and the Middle East.  “So far as we can tell (the entire product won’t be released to the public), the results of the Global Posture Review range from unimaginative to pitiful,” wrote defense expert and foreign affairs columnist Daniel DePetris. “For those who strongly believe that the military is overstretched, performing too many tasks, and guided by an ingrained assumption that American primacy in a multipolar world is still appropriate, this was a disappointment.”