Did You Know?—the Royal Navy Participated In the Battle of Britain 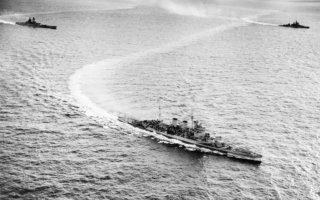 Here's What You Need To Remember: On a purely military level, the RAF simply wasn’t the primary impediment to a German invasion of the U.K.; a large fleet of Royal Navy warships was. At best, the RAF’s key role was to provide the air cover to help that fleet beat back the Luftwaffe’s air attacks, should the bulk of it be called upon to engage a German invasion fleet.

This first appeared in September 2018 and is being reprinted due to reader interest.