Does Biden’s American Rescue Plan Do Enough for Cities? 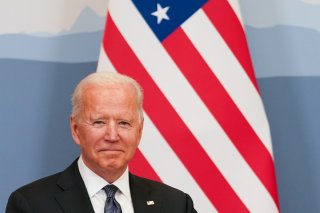 Here's What You Need to Remember: “This is a nice chunk of change,” Newsome, from Michigan’s Wayne County, said on the panel. “But the issue is, it’s a one-time influx of cash. We can’t give raises. And if we make a capital investment, what about the maintenance? We’d need to make sure we do something in the operational budget to address it.”

Earlier this week, The Volcker Alliance and Penn Institute for Urban Research held a special event looking at what the $350 billion in stimulus funds from the American Rescue Plan Act will mean to state and local governments that received the funds.

Marketwatch wrote about the virtual discussion, in which the panelists discussed the many aspects of the stimulus, including how governments can learn from the experience in the future.

“This is a nice chunk of change,” Newsome, from Michigan’s Wayne County, said on the panel. “But the issue is, it’s a one-time influx of cash. We can’t give raises. And if we make a capital investment, what about the maintenance? We’d need to make sure we do something in the operational budget to address it.”

The mayor of Rochester, Norton, acknowledged that that city will only receive about $17 million directly from the Rescue Plan stimulus, money that “will be spent to buffer the next five years.”

National Association of State Budget Officers’s Kerns noted that most states had their budget proposals done prior to the passage of the Rescue Plan, which has led to better-than-expected revenue projections in many states.

“We’re seeing a lot of interest in how state and localities will use the relief provided by the Rescue Plan Act,” Kerns said on the panel. “Treasury released a [guidance] that’s still being digested by states. But we’re starting to see plans take shape, and in same states legislative sessions ended before the guidance was available.”

“The near-term problems will sort themselves out,” he said. “We’ve got a labor supply issue. Think about what the economy felt like pre-pandemic- the biggest problem we all had was a labor shortage, open job positions, we had trouble finding people. We’ve just gone right back to that.”

The American Rescue Plan was passed by Congress and signed by President Joe Biden in March of 2021. It mandated $1,400 stimulus checks, as well as an expanded child tax credit, enhanced unemployment benefits, and numerous other benefits.

It’s likely to be the final major stimulus package of the coronavirus era, although Biden and Republicans in Congress are continuing to negotiate a possible compromise on infrastructure. The Biden administration has not indicated much interest in passing an additional round of stimulus checks similar to those in the Rescue Plan.