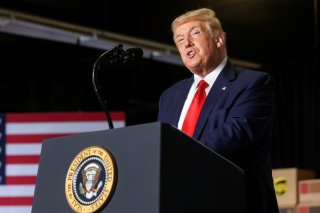 Economists Paolo Giuliano and Marco Tabellini wrote new working paper titled “The Seeds of Ideology: Historical Immigration and Political Preferences in the United States.” Helen Andrews at the American Conservative summarizes the paper here with a blog titled: “How Early Immigration Shifted Our Politics Permanently To The Left.” The paper’s authors use a shift-share instrument to see how European immigrants in the early 20th century affected public support for the Democratic Party and redistribution on the county level during the 2006-2018 period. They found that more European immigrants in the past led to more support for the Democratic Party and for redistribution on the country level today.

This new working paper complements Tabellini’s earlier paper in the Review of Economic Studies where he found that European immigrant populations on the city level, especially if they were from Eastern and Southern Europe, resulted in lower municipal tax rates, less tax revenue, and less government supply of services during the 1910 to 1930 period. According to this earlier paper, a one-standard deviation increase in the immigrant population (about five percentage points) reduced per capita government spending by 5 percent and property tax rates by 7.5 percent on the city level. This is especially important back then because most government services were supplied locally.

Looking at the papers together presents the full picture. Giuliano and Tabellini wrote:

We posit that 1928 was the first national election when immigrant-heavy counties swung to support Democrats because it was the first national election after the National Origins Quota Act permanently cut legal immigration from Europe (the Emergency Quota Act of 1921 limited immigration, but many thought it was a temporary post-war emergency measure). Closing the border removed the politically-effective counter-argument that more welfare would attract immigrants who will take advantage of new government programs. Closing the border thus freed both natives and immigrants to vote for more welfare without the fear that immigrants would come from Europe to consume the new benefits. A relatively open immigration system reduced support for redistribution and big government, but the removal of that political check resulted in increased public support for those programs.

Tabellini’s two papers are not contradictory, but the second seems like a very serious challenge to the research we’ve conducted on how immigrants don’t increase the size of government (not Tabellini’s goal, by the way). However, the two papers are perfectly consistent with the theory that Powell and Nowrasteh lay out in their forthcoming book: Government doesn’t grow as fast when the borders are open and government grows more when the borders are closed.

Many prominent economists who support more redistribution believe that such programs are only politically possible after the borders are closed. They have a lot of history on their side. The role of government in American domestic life surged only after Congress enacted the restrictive immigration laws of the 1920s. To be sure, the Great Depression and other ideological shifts in public opinion were necessary for big changes in American policy during the New Deal, but they were politically possible because closed immigration removed the politically-effective immigrant welfare-queen argument.

Prior to the closure of the border in the 1920s, American progressives and other supporters of a large welfare state near-uniformly supported restricting immigration because they saw it as a political impediment to their goals (and for other less-savory reasons like eugenics). Even Karl Marx, Friedrich Engels, and their American communist followers warned that immigrant-induced diversity reduced worker solidarity and that that would slow Marxist efforts to stoke a socialist revolution in the United States or achieve middle-ground policies like the creation of a large welfare state and mass unionization.[1] Across the developed world today, support for welfare, redistribution, and government provision of public goods is inversely correlated with the share of the population that is foreign-born and diverse. The early Marxists worry was well-founded.

There is a big difference between Tabellini’s papers that bears pointing out. Tabellini’s first paper looks at the effect of immigration on actual spending and taxation policies on the city level. His second paper looks at how immigrant populations in the past influenced public opinion decades later. That is an important difference. The decline in local government provision of services and rise of state and federal spending since the New Deal means that we can’t replicate Tabellini’s first paper today and get meaningful results. Looking at public opinion is worthwhile and interesting, but it’s a different measurement.

Figure 1 tracks real federal outlays as a percent of GDP and the immigrant share of the population. There is no statistically significant relationship between the variables, but the coefficient is negative. There simply isn’t a positive relationship between government outlays and immigration from 1928-2017. If one includes 1900-2017, the relationship becomes strongly and significantly negative whereby a 1 percent increase in the immigrant share of the population is correlated with a 1.3 percent decline in government spending as a share of GDP.

More importantly, what happened to federal outlays during the Golden Age of Immigration Restrictions? From 1921-1968, U.S. immigration law radically reduced annual inflows such that the percentage of the population that was foreign-born fell from 13 percent in 1920 to 4.8 percent in 1968 (Figure 2). The book end dates are the year of the enactment of the Emergency Quota Act of 1921 and the year the Immigration Act of 1965 went into effect. When immigration was most restricted, federal outlays as a percent of GDP increased from 6.9 percent to 18.9 percent, an increase of almost 174 percent. Congress created the New Deal and Great Society programs after the reduction in legal immigration caused the share of the foreign-born population to decline. In other words, the argument that immigrants would come in to take welfare benefits was not politically salient when the borders were closed. From 1968 to 2017, when immigration was slightly liberalized, federal outlays as a share of GDP rose from 18.9 percent to 20.4 percent, an increase of a mere 7.9 percent.

As mentioned above, it wouldn’t be useful to extend Tabellini’s earlier work on immigrants and city-level spending in the early 20th century to today because the state and federal governments supply goods that used to be supplied by cities. In the previous section, we looked at the correlation between federal spending as a percent of GDP and immigrant shares of the population. The national-level analysis is only suggestive because there is no United States with a different immigration policy that we can use for comparison. Thus, we turn to the relationship between changes in state-level spending and the immigrant population shares over time.

We look at state-level decadal panel data for state budgets and immigrant population shares over the period 1960-2010. Data on state government expenditures come from the Government Finance Database (GFD), which compiles government financial data collected by the U.S. Census Bureau and harmonizes the data for state, county, and local governments.[2] GFD data include detailed public financial data on revenues and expenditures broken down by type and function. Specifically, we focus on four variables of interest:

Using intercensal data, we convert the expenditures into per capita terms and adjust for inflation using the personal consumption expenditures (PCE) price index.[3] Data on the foreign-born share by state are taken from the 1960-2000 decennial Censuses and the 2008-2012 American Community Survey from IPUMS.[4] These data include the total population and foreign-born stock for each decade for each state for 1960-2012.[5]