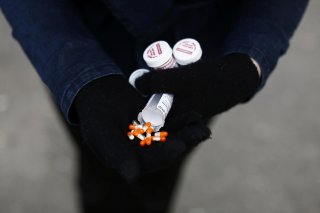 Mr. Carroll attributed much of the increase in the overdose rate to anxiety, social isolation, and depression resulting from the COVID-19 pandemic. But he also noted that, after a one‐​year pause in 2017, the overdose death rate resumed its climb in late 2018 and 2019. And methamphetamine‐​related deaths have been surging for the past few years.

Research has shown that overdose deaths from the non‐​medical use of licit or illicit drugs have been on a steady exponential increase since at least the late 1970s—with different drugs predominating at different periods. And there is no evidence the trend is slowing.

While it remains popular to attribute the opioid‐​related overdose crisis to doctors prescribing pain relievers to patients, the evidence shows there is no correlation between prescription volume and the non‐​medical opioid use or opioid use disorder.

To be sure, the COVID-19 pandemic is exacerbating the situation. People with substance use disorder need to feel connectedness with others as well as themselves to overcome the problem. Isolation, loneliness, and the anxiety and depression associated with quarantines, lockdowns, and the resultant economic dislocations are the opposite of what people suffering from addiction require.

Add to that the fact that the pandemic response has hampered the smooth operation of harm reduction programs, despite efforts to mitigate the disruption with the temporary relaxation of many federal regulations. And the Substance Abuse and Mental Health Services Administration reports the sobering fact that many first responders are reluctant to respond to overdose calls with the antidote naloxone, fearing they may contract COVID-19 during the resuscitative process. Of course, this is yet another argument for having the Food and Drug Administration reclassify naloxone as over the counter.

But it should not go without notice that many chronic pain patients have been unable to follow up with their physicians, whose offices have been closed (or office hours restricted) in order to reduce the spread of COVID-19. And many elective procedures to treat or eliminate these painful conditions have been postponed or cancelled because of blanket bans on elective procedures. This was discussed at a Cato online event in May. In desperation, many patients might be seeking relief in the dangerous black market fueled by drug prohibition.

Speaking of prohibition, the drug czar told Politico that the pandemic response has caused Customs and Border Patrol agents to reduce screening for drugs smuggled across the border.

This article by Jeffrey A. Singer first appeared in CATO on July 1, 2020.