Don't Claim Social Security Now. Wait, And It Will Pay Off 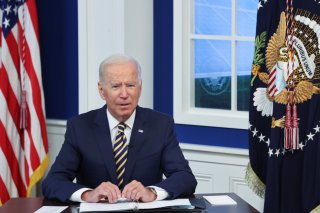 Here's What You Need To Remember: Many Americans wisely invested in retirement funds during their careers, including 401(k) plans and Roth IRAs. For them, the question of when to claim one’s Social Security benefits is less important.

For most people, the normal time to cash out and file for Social Security retirement benefits is at the time they retire—for most people, at or around the age of sixty-five. The base payment for Social Security is applied to one’s “full retirement age,” or FRA. The Social Security Administration, responsible for overseeing the payments, projects that most Americans will retire by age sixty-six or sixty-seven, and has therefore made its payments available at the base level when Americans reach those ages. Each American has an FRA, according to the SSA, based on their birth year. For most Americans retiring in the next decade, this age is sixty-seven.

However, Social Security does not pay for what it used to. The level of payments, despite being adjusted for inflation, has not been increased for more than a quarter of a century. Private pensions, once fairly common, have essentially gone away, although public-sector pensions remain in some careers. This means that Social Security will need to go further now than it has in the past—and its payments are particularly important during the coronavirus pandemic, which saw many Americans’ savings wiped away.

Many Americans wisely invested in retirement funds during their careers, including 401(k) plans and Roth IRAs. For them, the question of when to claim one’s Social Security benefits is less important. However, many Americans have not been so fortunate. According to a 2020 Vanguard survey, fully one-third of adult Americans had less than $10,000 saved in their retirement accounts. For those who intend to live primarily on Social Security after their retirement, one good way to make the monthly checks travel further is by waiting to claim the payments until age seventy. Doing so will add roughly thirty percent to the base amount that would be awarded at a person’s FRA age.

Waiting until age seventy, of course, is conditional on a few things. It means that a person has to continue working throughout their 60s. For many, it also means that they have to have a reasonable expectation of living into their 80s or 90s, so as to enjoy the extra payments for longer. Very few people, of course, plan their own deaths, but waiting until seventy to cash out might not be the optimal plan for Americans with serious pre-existing health conditions. On the other hand, after a person dies, his or her spouse can claim his or her level of benefits if they are greater than the spouse’s, meaning that waiting for a longer time could be beneficial for more than just oneself.

Trevor Filseth is a current and foreign affairs writer for The National Interest. This article is being reprinted for reader interest.