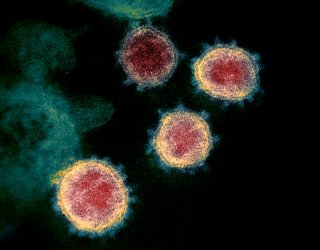 Dr. Scott Gottlieb, the former commissioner of the U.S. Food and Drug Administration, has sounded the alarm that due to the highly transmissible Delta variant, coronavirus is significantly more widespread in the United States than what the official case counts show.

“I wouldn’t be surprised if, on the whole, we’re infecting up to a million people a day right now, and we’re just picking up maybe a tenth of that or less than a tenth of that,” Gottlieb, a physician who worked at the FDA under former Presidents Donald Trump and George W. Bush and now serves on the board of COVID vaccine maker Pfizer, said in an interview on CNBC’s Squawk Box on Friday.

“What it reflects is a reality where you have a highly transmissible variant that’s widely spread across the U.S. right now that’s spreading mostly in a population that’s either vaccinated and developing mild symptoms or no symptoms at all—or spreading in a younger population that’s also less likely to develop symptoms because they’re younger, healthier,” he continued.

In the United States, where vaccination rates are much higher than the global average, new coronavirus cases have risen in all fifty states in recent weeks. The current seven-day average of daily infections is sitting at approximately sixty-seven thousand, according to data compiled by Johns Hopkins University. The figure represents a 53 percent jump when compared to a week ago.

The latest estimates by the U.S. Centers for Disease Control and Prevention are indicating that about 49 percent of the U.S. population is fully vaccinated, while 57 percent have had at least one vaccine dose.

Amid the surge in new cases due to the Delta variant, which was first discovered in India and is now the dominant variant in the United States, the CDC on Tuesday issued new guidance recommending indoor mask use in areas with high transmission rates.

CDC Director Rochelle Walensky noted that recent studies have proven that vaccinated individuals who do become infected with the virus possess just as much viral load as the unvaccinated—making it indeed possible for them to spread the disease to other people.

“We’re seeing now that it’s actually possible if you’re a rare breakthrough infection that you can transmit further, which is the reason for the change,” Walensky told reporters.

“It is not a welcomed piece of news that masking is going to be a part of people’s lives who have already been vaccinated. This new data weighs heavily on me, this new guidance weighed heavily on me and I just wanted to convey that this was not a decision that was taken lightly,” she added.