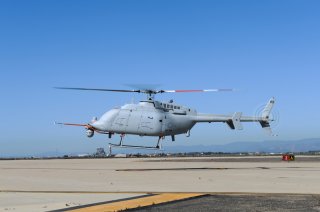 Here’s What You Need to Remember: There are many reasons why a Fire Scout should be used for anti-submarine warfare missions. Submarines often come close to the surface of the water for periods of time to maximize connectivity with radiofrequency or GPS signals. Also, submarines linger near the surface communication with ships in the area or use their command and control abilities. An unmanned system can operate for greater periods of time without needing to return to a host ship.

Afast-growing number of Navy drones are hunting submarines, destroying mines, tracking targets, networking forces and possibly even firing torpedoes from beneath the surface of the ocean.

The Navy’s strategic effort to optimize attributes unique to human cognition and decisionmaking as well as high-speed computer processing and nearly instantaneous data analysis and transmission has proved successful. The military service aims to achieve an optimal blend of human decisionmaking and artificial-intelligence-enabled computing, synchronizing and connecting the two through manned-unmanned teaming interoperability.