Drones are Now Able to Resupply U.S. Submarines at Sea 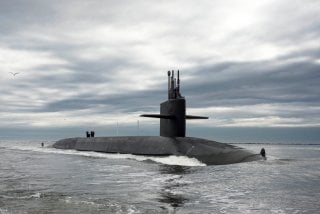 Alternative resupply methods are not just a topic of interest for the U.S. Navy either. The Navy’s sister service, the Marine Corps is also exploring alternative resupply techniques. One proposed method takes a page from narcotrafficers and the semi-submersibles they sometimes use to move illicit drugs across the ocean to the United States or Europe. By building a number of cheap, automatically piloted semi-submersibles, the Marine Corps could in theory also keep groups of Marines on far-flung Pacific islands fed, watered, and resupplied.

Caleb Larson is a defense writer for the National Interest. He holds a Master of Public Policy and covers U.S. and Russian security, European defense issues, and German politics and culture. This article first appeared last year and is being republished due to reader interest.