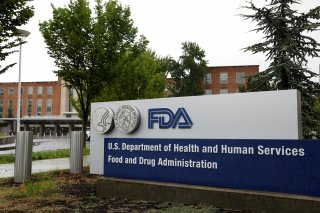 The U.K’s Medicines and Healthcare products Regulatory Agency (MHRA) announced this morning that it has approved the Pfizer/​BioNTech COVID vaccine and expects to begin immunizing its population within a week. This vaccine, along with one independently developed by Moderna Pharmaceuticals, are the first ever mRNA vaccines, which use a new process that can potentially be used against other infectious diseases and even to treat or prevent cancer. Clinical trials show both of these vaccines to be 95 percent effective. They also have an excellent safety profile thus far—in part because they don’t involve injecting people with live or attenuated infectious material.

This announcement comes one day after Politico reported that Trump administration officials, including Secretary of Health and Human Services Alex Azar and White House Chief of Staff Mark Meadows, admonished U.S. Food and Drug Administration Commissioner Stephen Hahn for not moving more quickly in reviewing the Emergency Use Authorization applications for the two vaccines. They were upset that the reviews are not scheduled until December 10, one month after Pfizer/BioNTech’s EUA request and three weeks after Moderna’s. The Politico article emphasized that President Trump was worried that the U.K would beat the U.S in starting an immunization program. It suggested Trump wanted the U.S to be the first out with a vaccine as a part of his legacy.

But this shouldn’t be a matter of politics and legacies. This is about saving lives. For example, the Politico article quoted Walid Gellad, director of the Center for Pharmaceutical Policy and Prescribing at the University of Pittsburg as stating:

Every day that goes by is 2,000 people dead. I don’t know another circumstance where waiting on drug approval has such an impact on mortality. The implications of this are huge medically, if you put aside politics…Sometimes in a crisis, you might have to cut corners.

Gellad also criticized the October decision by the FDA to require manufacturers to provide two months of safety data before they can apply for an EUA.

Gellad was describing a phenomenon called “drug lag.” It refers to the fact that seriously ill people suffer and even die while waiting for the FDA to approve a drug that might be already available in other parts of the world. Cato research associate Jalisa Clark recently explained how drug lag spurred civil disobedience from AIDS activists in the late 1980s and inspired the “Right to Try” movement that ultimately led Congress to pass the “Right to Try” Act in 2018.

One reason why the U.K approved the vaccine more quickly is because the MHRA’s regulatory review process is less cumbersome than the FDA’s. For example, the FDA re‐​analyzes all of the raw data supplied by the manufacturers, whereas the MHRA relies more on the manufacturers’ reports. MHRA CEO June Raine stressed at a press conference that the Pfizer/​BioNTech vaccine underwent “an extremely thorough review,” “the most rigorous scientific assessment,” and that the MHRA standards are “equivalent to all international standards.”

It appears likely that the FDA will grant Emergency Use Authorization to the two mRNA vaccines in the next couple of weeks, and immunizations will begin in the U.S. before the end of December. I recently argued that such ‘fast‐​tracking” of the approval process should become the new norm. But while that would be a great step in the right direction, it doesn’t go far enough. Fast‐​tracking treats the symptoms but doesn’t get to the root of the problem. And that requires much more comprehensive reform.

Michael F. Cannon and I show in our recent paper that the FDA regulatory process violates the rights of individuals to access the medicines they want, stunts pharmaceutical innovation, may make patients less safe—not more, and how to bring this country what it needs: a Drug Reformation.