Even After 100 Years, the M2 Browning Machine Gun Keeps Fighting 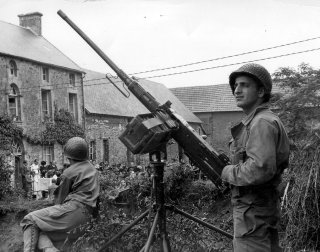 Here's What You Need To Remember: Just like its ancestor the M4 Sherman, today’s M1A2 Abrams main battle tank has an M2 .50 caliber at the commander’s station. The M2 gives the tank commander a weapon with excellent anti-personnel and anti-vehicle capability, including the ability to penetrate light armor

Kyle Mizokami is a writer based in San Francisco who has appeared in The Diplomat, Foreign Policy, War is Boring and The Daily Beast. In 2009 he cofounded the defense and security blog Japan Security Watch. This article first appeared in 2018.