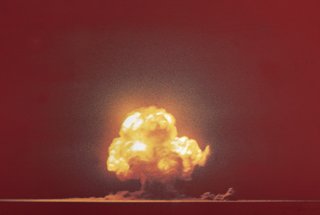 Here's What You Need to Know: The Reagan administration gazed upon the simulated horrors of simulated nuclear war and made an effort to change its policies in order to minimize the chance of any atomic exchange.

As part of the wider strategic escalation between the two countries, the United States under Pres. Donald Trump moved to acquire new, smaller-yield nuclear weapons -- and began writing doctrine for employing them even in cases where the threat is non-nuclear.