Expect Tax Hikes on Your Ballot This Year 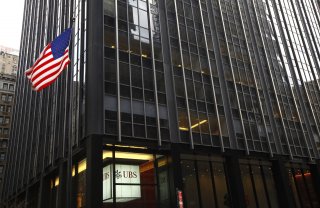 There have been 20 questions to increase, cut, or limit income taxes on statewide ballots over the past decade, as compiled by Ballotpedia. I examined those ballots here and found that voters favored the small‐​government side 60 percent of the time.

What about sales and excise taxes? In November, Oregon voters will decide on Measure 108, which would increase taxes on cigarettes by $2 per pack. Governor Kate Brown—who received an “F” on this year’s Cato fiscal report—has pushed for the increase.

Cigarettes are a demonized product and the pro‐​tax campaign in Oregon is far out‐​spending the anti‐​tax side, according to Ballotpedia. Nonetheless, voters in many states over the years have rejected cigarette tax increases. In 2007, Oregon voters defeated 59 percent to 41 percent Measure 50 to raise cigarette taxes by 84.5 cents per pack.

In Colorado, voters this November will decide on Proposition EE, which would phase in a cigarette tax increase of $1.80 per pack. The Colorado and Oregon proposals would also increase taxes on vape products.

For the 2010 to 2019 period, Cato intern Hunter Brazal found 55 sales and excise tax questions on statewide ballots, of which 37 were for tax increases and 18 for tax cuts. The questions regarded general sales taxes, tobacco taxes, alcohol taxes, and carbon taxes.

Of the 55 questions, voters took the small‐​government or low‐​tax side 42 times. That 76 percent support for the low‐​tax side was more than the 60 percent for income tax questions.

Here is a sampling of the 55 statewide votes on sales and excise taxes, with vote percentages from Ballotpedia:

I discuss some of these ballot questions in current and past issues of Cato’s Fiscal Report Card on America’s Governors.