Eyes In The Sky: The Pentagon Wants The F-35 To Be A Long-Range Drone 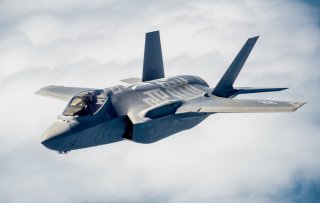 Here's What You Need To Remember: In recent years the Pentagon has increasingly been developing the F-35 for a wide swath of intelligence, surveillance, and reconnaissance (ISR) missions. The idea would be to leverage its advanced suite of long-range sensors and targeting technologies