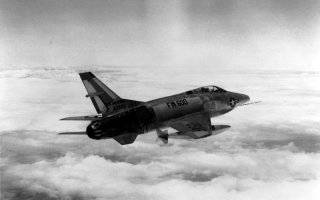 Here's What You Need To Remember: The problem was that, under normal conditions, a nuclear weapon would detonate before the F-100 had time to escape its blast radius. The solution involved some interesting aerobatics; the pilot would release the bomb as his plane climbed vertically, then turn around and hit the afterburners.