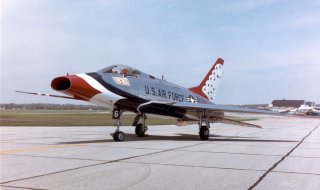 Here's What You Need To Remember: In April 1961, F-100Ds in the Philippines were transferred to Thailand—the first U.S. military jets deployed to South East Asia. They did not see combat until 1964 when they were dispatched to strike anti-aircraft positions in North Vietnam.