The F-117 Nighthawk: How America's Stealth Journey Took Off 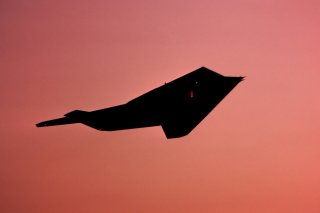 Here's What You Need To Remember: It became apparent to the United States’ war planners that if NATO bombers and fighters were to fly against the Warsaw Pact, a massive amount of airframes would be lost due to the Soviet Union’s extensive surface-to-air missile and anti-aircraft arsenals, which would likely be networked together to more effectively fight-flight groups. Something had to be done.

Due to installing readily available components, Lockheed built two technology demonstrators under budget and early for just 35 million dollars — a feat even more remarkable when considering the massive costs of the F-35 Lightning II program.