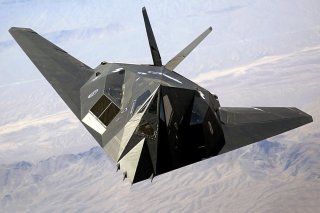 Here's What You Need to Remember: The F-117 was one of the most consequential aircraft for the future of military aviation, demonstrating the essential viability of stealth aircraft under conditions that the United States could reliably replicate.

Robert Farley, a frequent contributor to the National Interest, is the author of The Battleship Book. He serves as a senior lecturer at the Patterson School of Diplomacy and International Commerce at the University of Kentucky. His work includes military doctrine, national security, and maritime affairs. He blogs at Lawyers, Guns and Money and Information Dissemination and the Diplomat.