F-22 Stealth Bomber (It Could Have Happened) 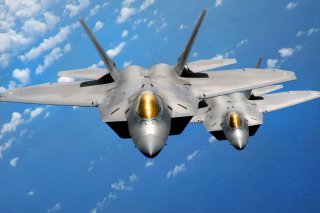 Here's What You Need to Remember: The resulting aircraft would have revived the concept of a high-speed regional bomber, the likes of which had disappeared since the retirement of the supersonic F-111—which, conceived in a period before stealth was a thing, had been designed to evade detection by hugging the ground at low-altitude.